We are up in Michigan visiting Ray's dad right now. We've had some great weather! 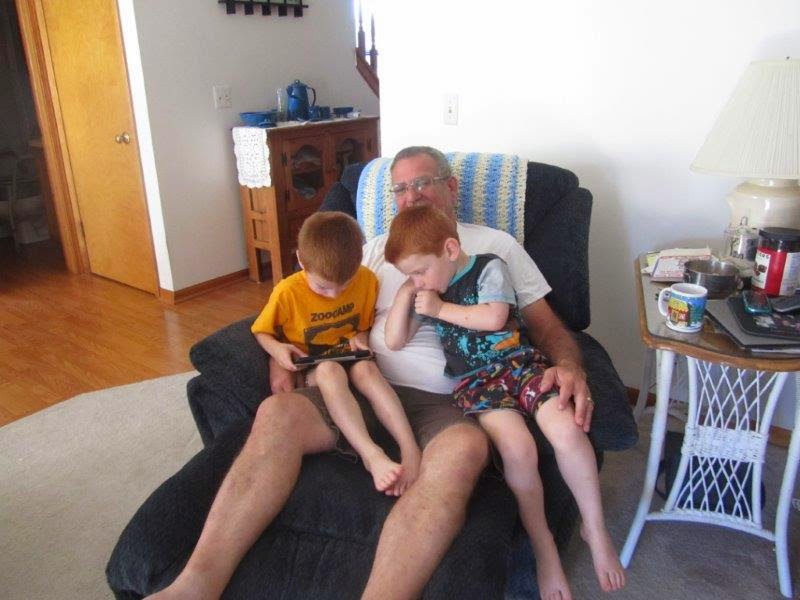 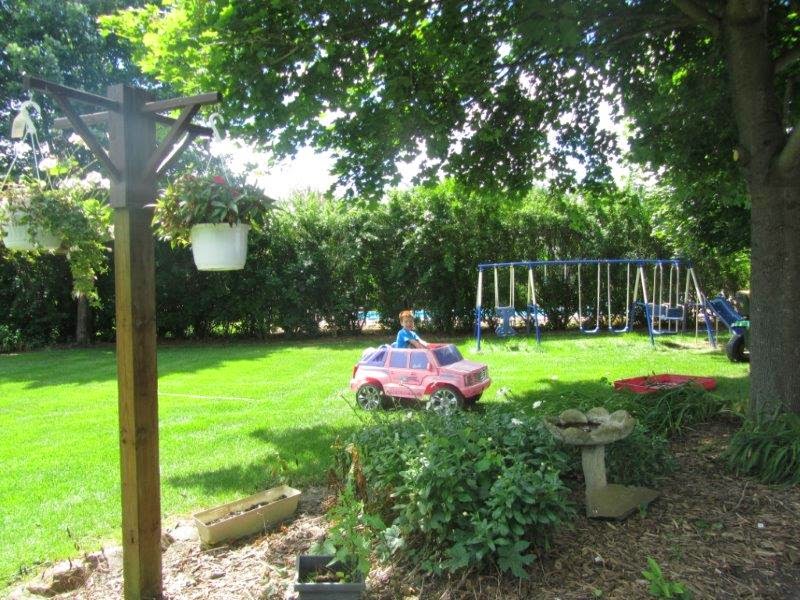 Adam and Andrew been working on their driving skills in the girls' old Cadillac! 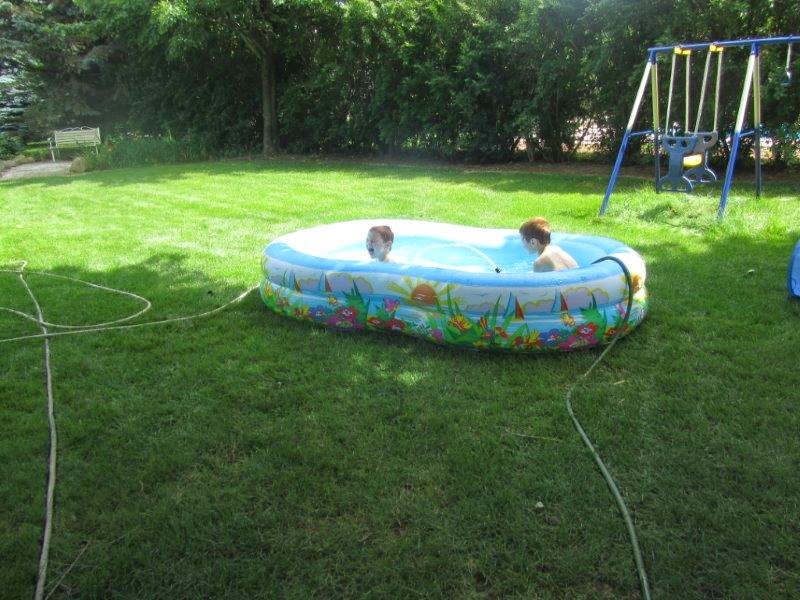 The boys were cannonballing into the pool! 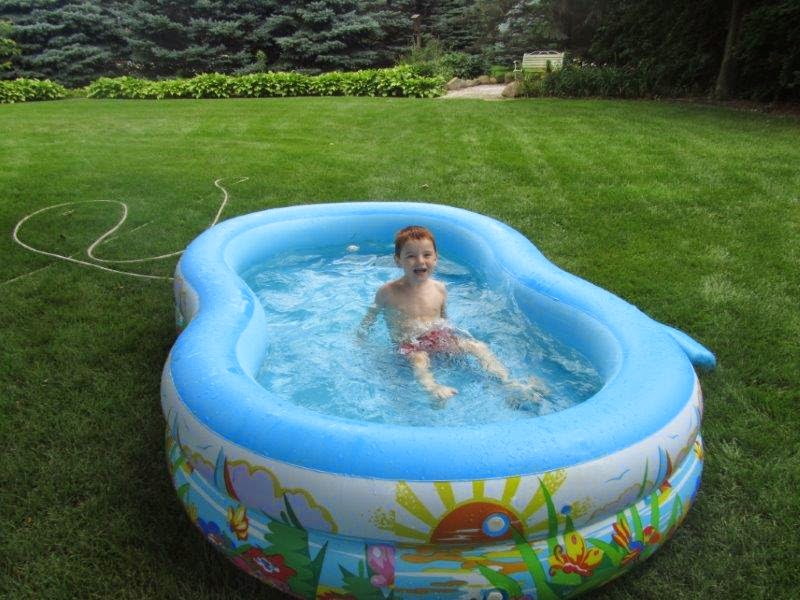 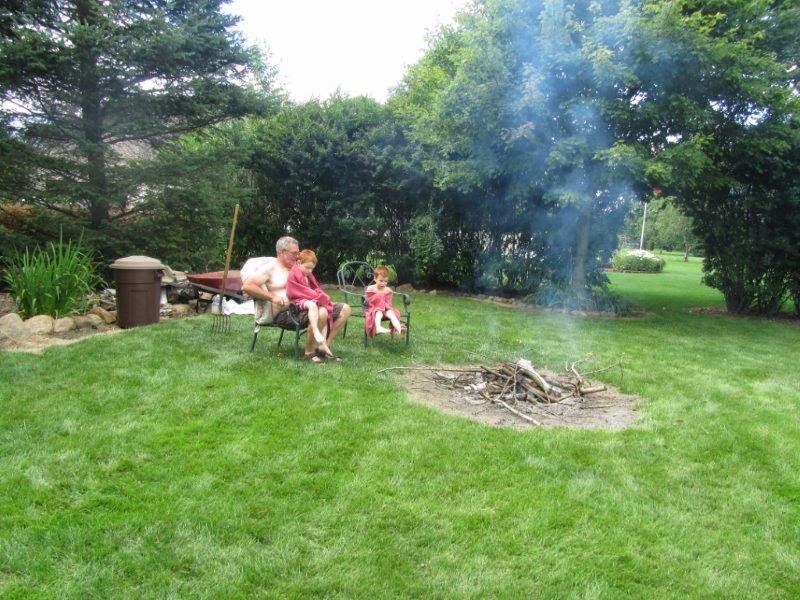 It wasn't that hot today so after pool fun, they had to go warm up at the bonfire! 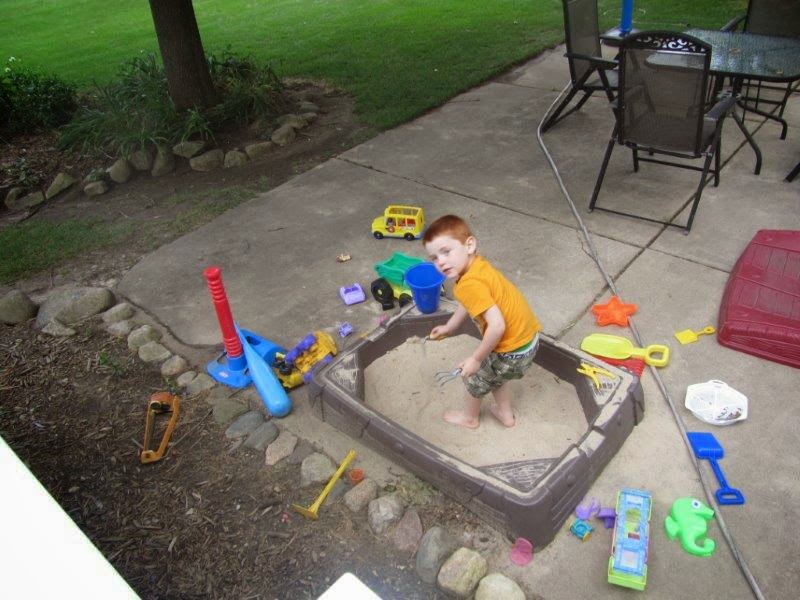 Dave and Jan had a BBQ at their house yesterday so we could visit everyone before we take off.  Despite road construction cutting off the road in front of their sub, we had a great time! 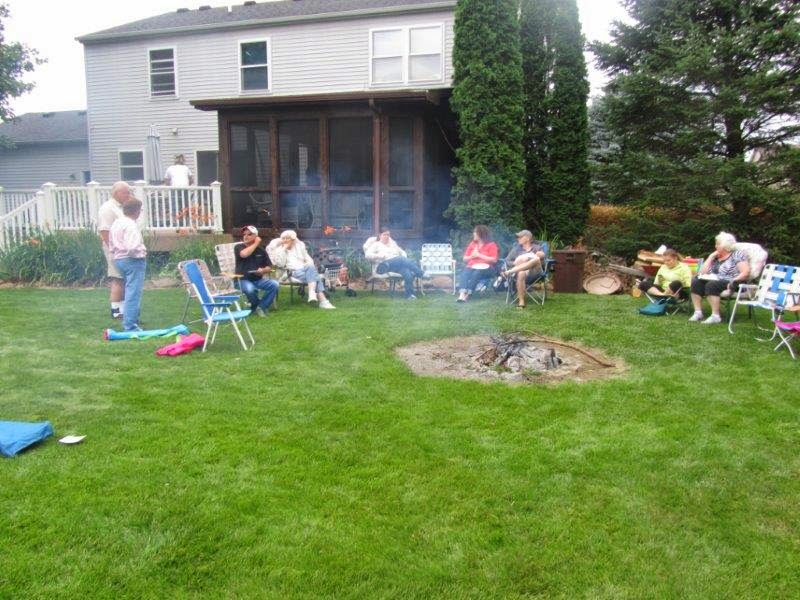 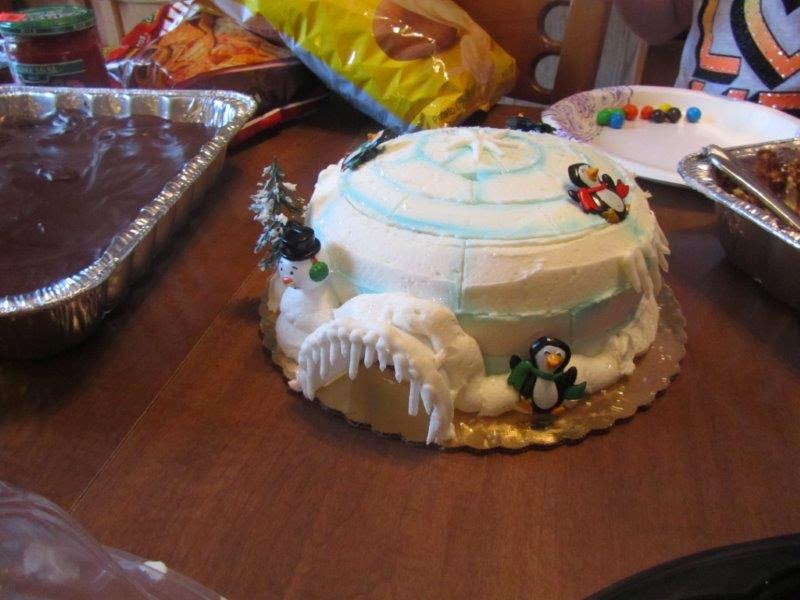 The boys had a blast with their cousins yesterday at PaPa's! 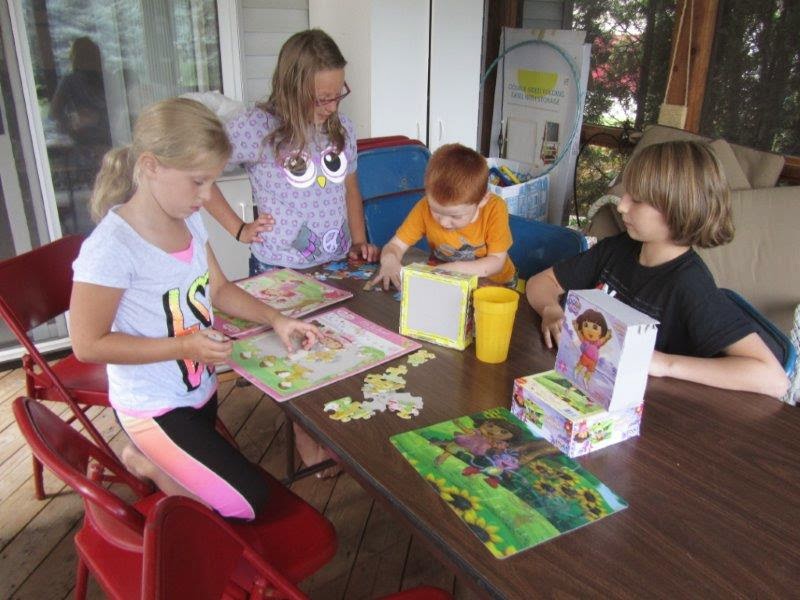 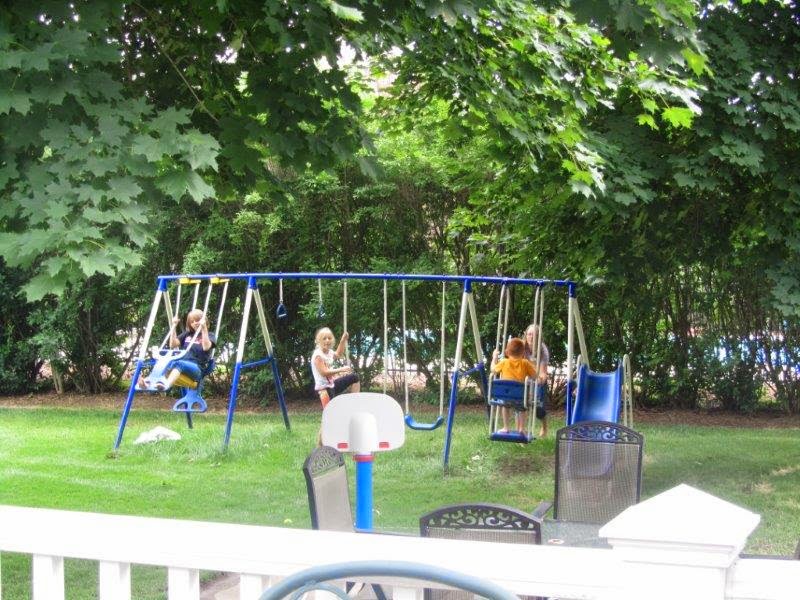 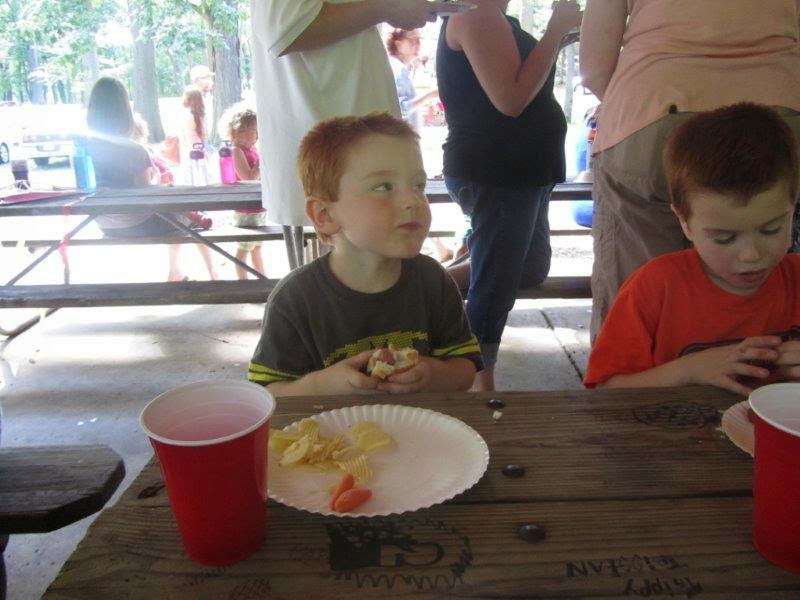 We had a farewell BBQ in Kent last weekend. We had a nice turnout!  It was nice to see our friends for one last time before we head out. 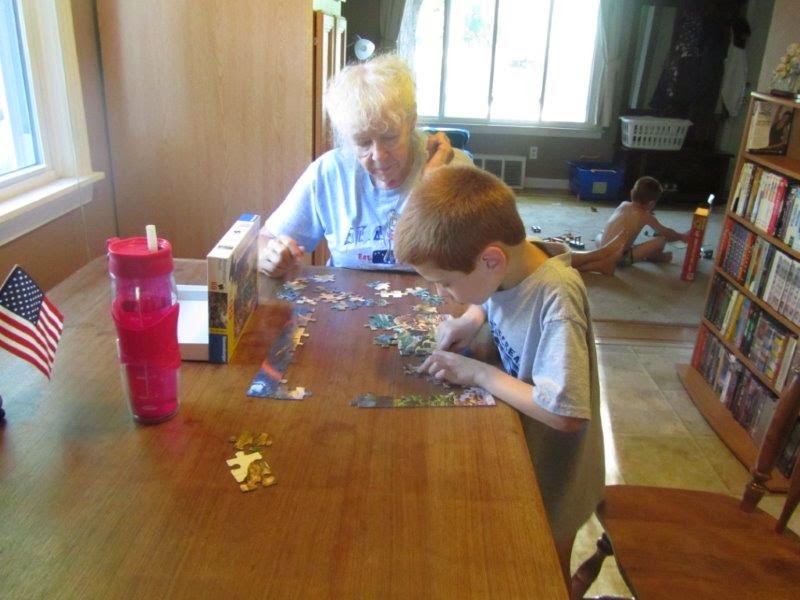 Adam and Great have been working on his 60 piece puzzles!  We just got him his first 100 piece one!  He's quite the puzzle guru! 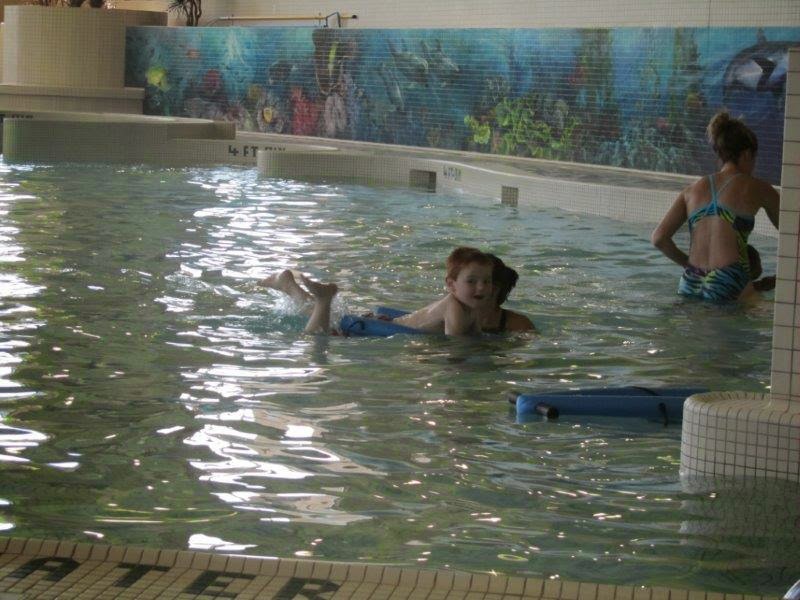 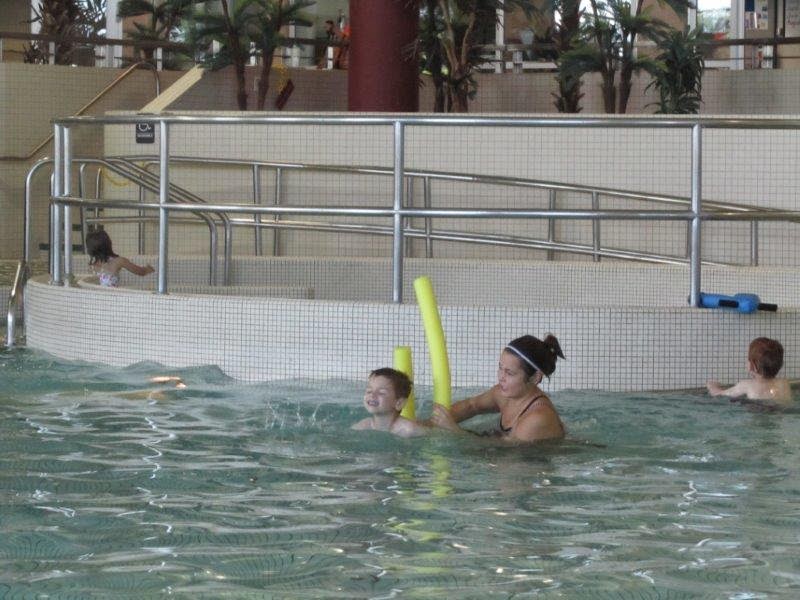 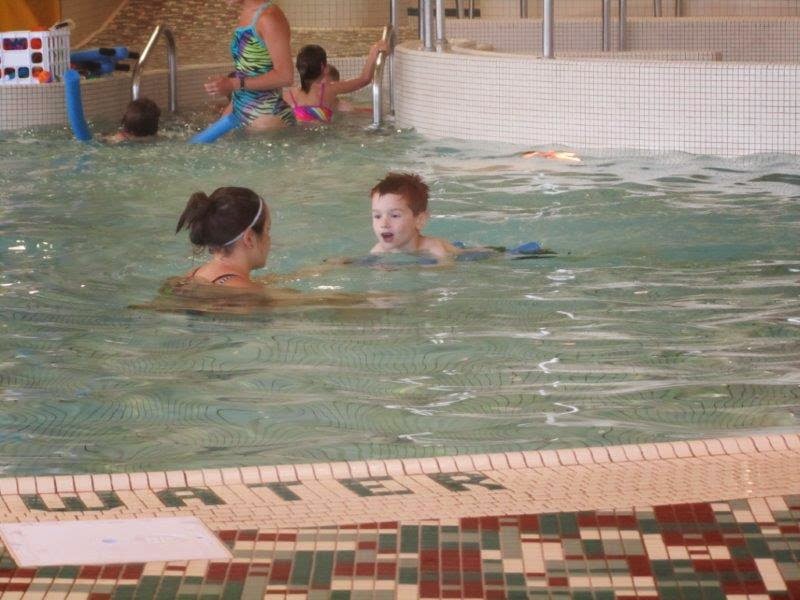 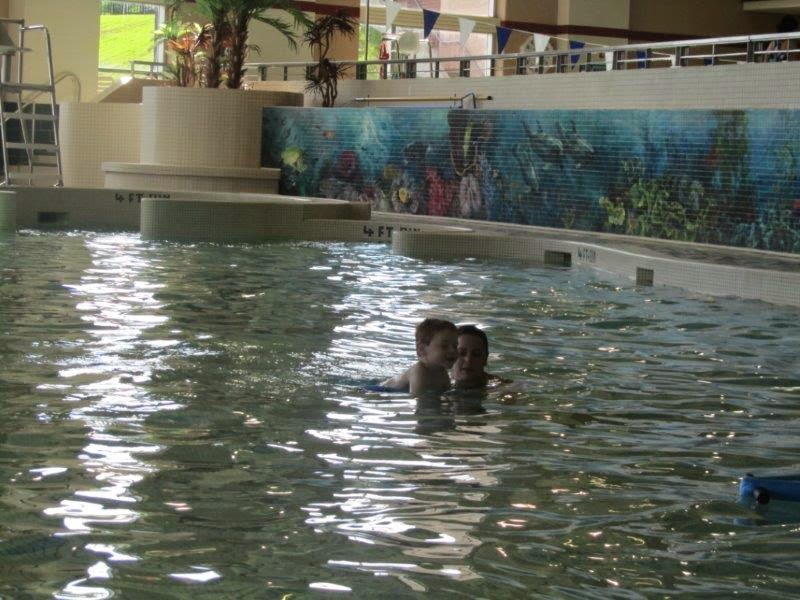 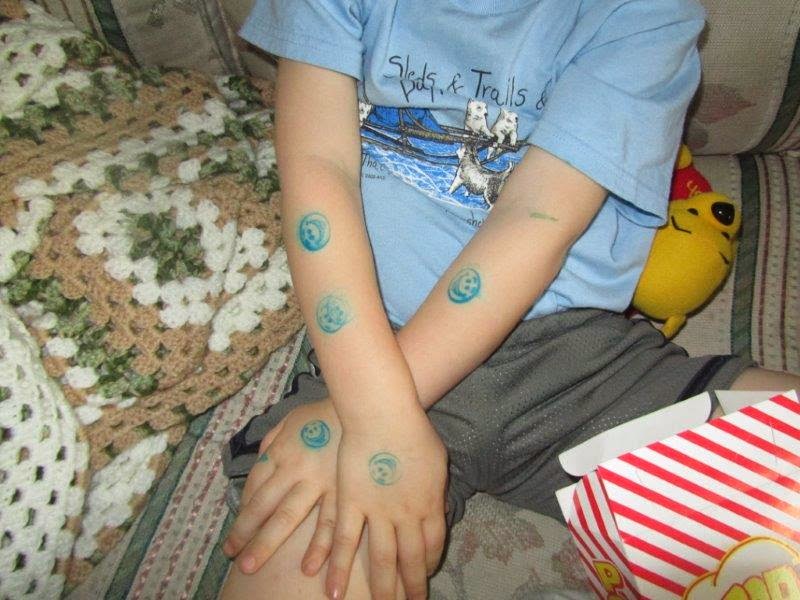 Andrew got stampers at preschool....and decided this is what he should do with them....

A friend who is pregnant with her first boy wanted a soccer hat as they go to a lot of soccer games (her husband coaches).  Turns out soccer hats are HARD.  This was the easiest pattern I could find, and it is actually a crochet pattern.  I think the final product is cute, but I can't say I'm thrilled with it either. 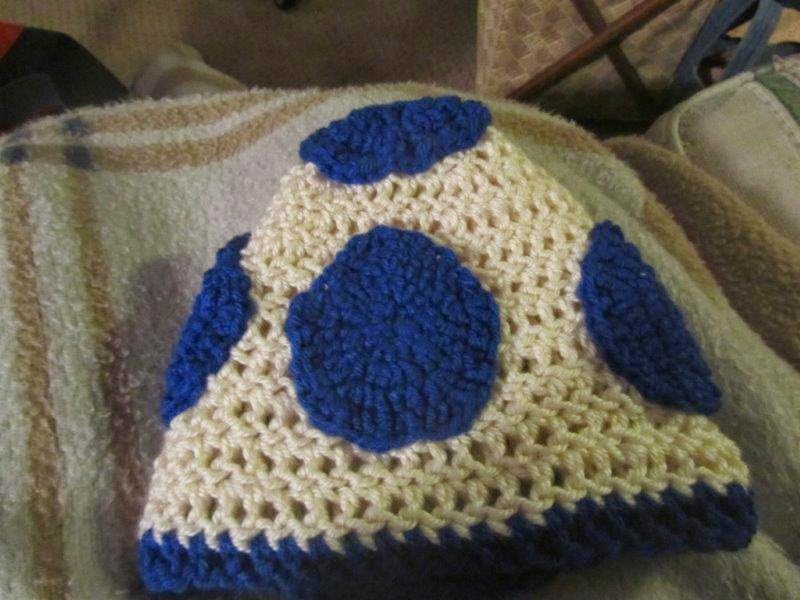 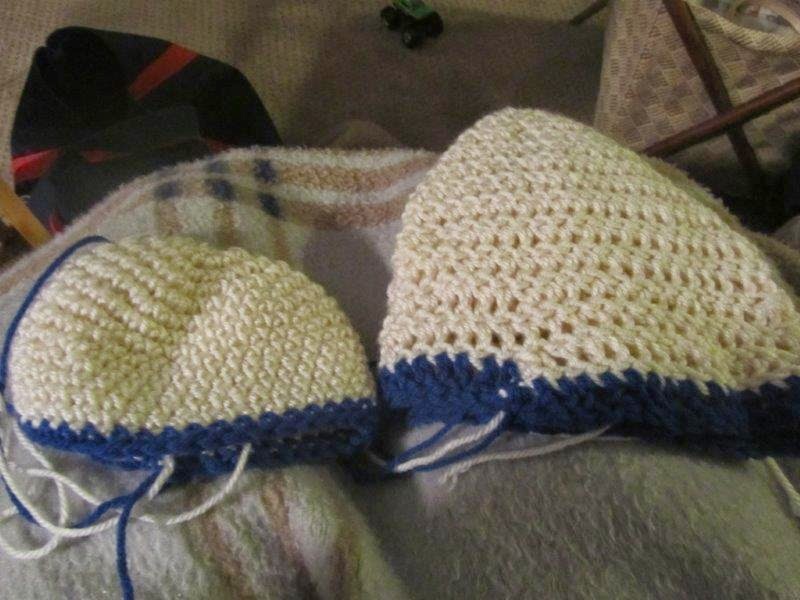 So I actually made two base hats (you make the base then make the pentagons to stich on).  The first was the first size, in my opinion, but it turns out I was doing my single crochet wrong (I don't single much!).  So I redid right...and it is huge.  But it'll fit him eventually...and I gave her both hats only one just is plain (the little one). 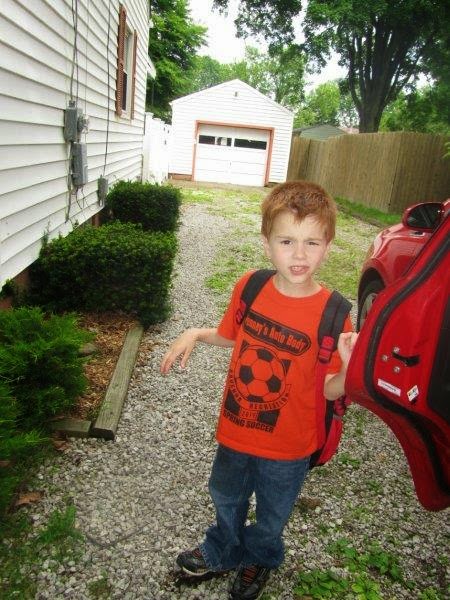 He's very proud of himself - he's a first grader! 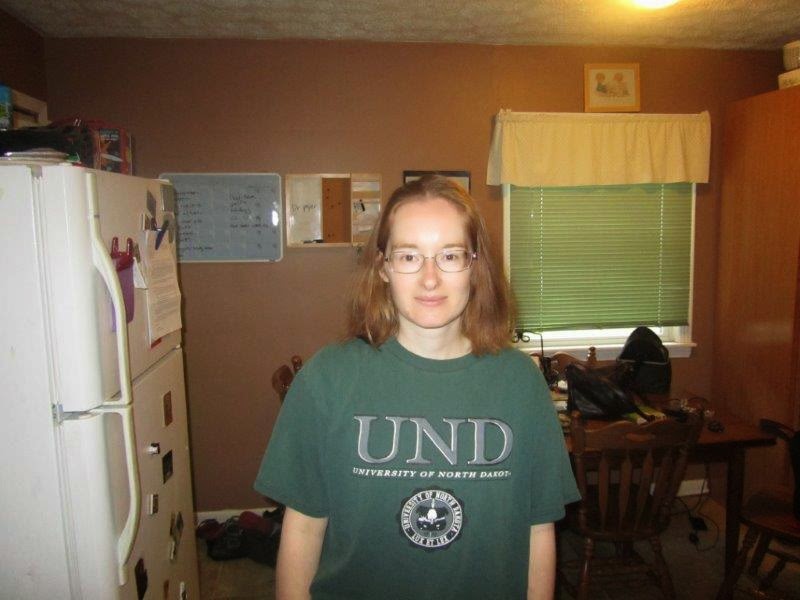 I chopped my hair.  I had the required 8 inches for Pantene Beautiful Lengths program. 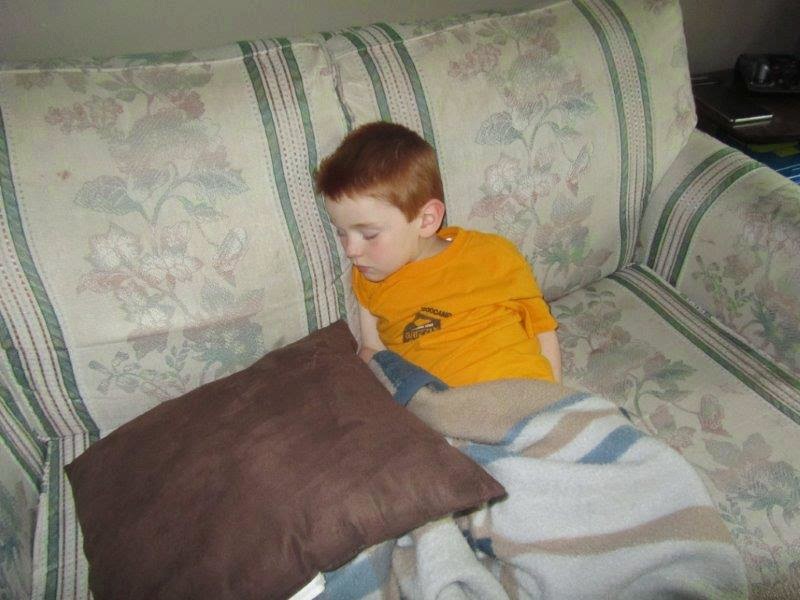 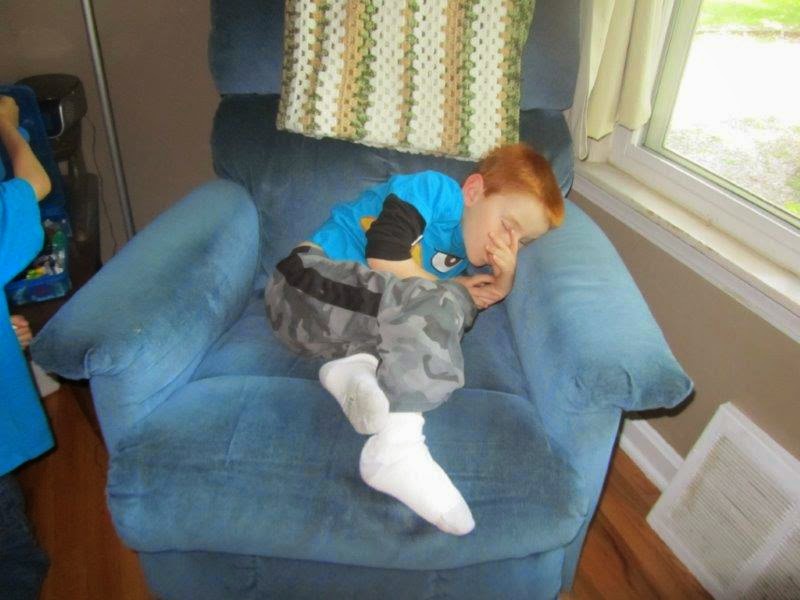 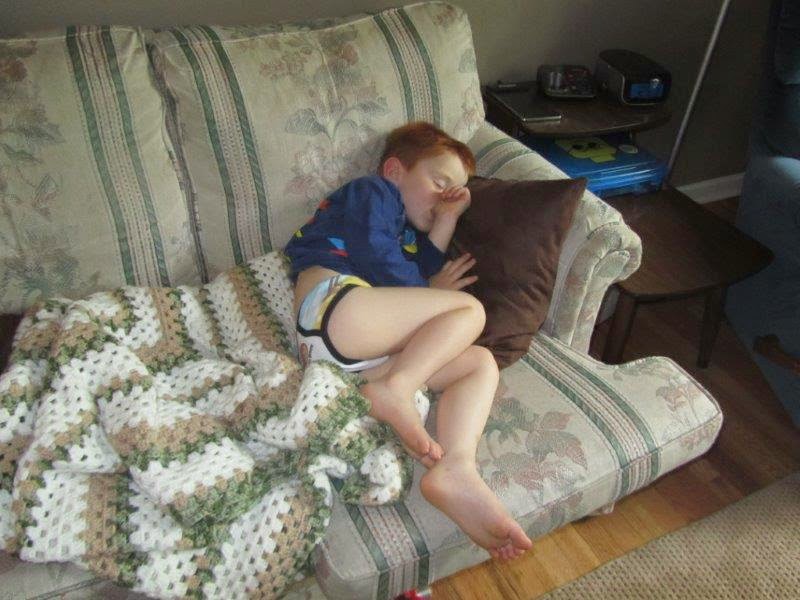 Andrew thinks he doesn't need a nap anymore....he so does!  He kind of just collapses....

So we just passed 12 years....and I finally started our own scrapbook this year and actually through our wedding!  Maybe I can get that caught up and actually on track! :)
Posted by Jennie W at 9:08 AM No comments: